A Brief History of the Island

The first people to settle here were the Arawak Tribe who left their homes in South America and ventured North along the chain of islands in the Caribbean. They named the island “Sualouiga” meaning “Land of Salt” brackish water they found here. A number of artifacts from this period are held at the St.Martin Museum: On the Trail of the Arawaks. The Arawaks were later supplanted by a more aggressive Carib tribe, for whom the entire Caribbean is named.

Eventually, Columbus and the Spanish claimed the Island as they did several other locations in the Carribean. Aside from asserting title to the place, the Spanish never took much interest in St.Martin. The Dutch, seeking an outpost halfway between their colonies

in Brazil and Nieue Amsterdam (now New York), occupied the island in 1631. The French also began using the island as a trading stop, and after several feuds, the two nations decided to split the Island with the Treaty of Concordia in 1648. The border was disputed several times since, but it now consists of the French maintaining the northern “half” of 21 square miles (named St. Martin), and the Dutch maintaining the southern “half” of 16 square miles.

After years of serving as primarily a trade post and crop land, the Dutch began to use the island for tourism in the 1950’s. Soon, the French would follow suit. Now in 2014, St. Martin/St. Maarten is regarded as one of the hottest vacation spots on the planet!

For More history, check out the following URL.

As you can see, the island of St. Martin/Sint Maarten is a picturesque paradise. Boasting a fine combination of sophistication, gorgeous natural splendor, and classic island charm. As of this year, Concierge Realty has timeshare properties available for rental and resale at this amazing island. Give us a call next time you are looking to escape the oridinary and want to give the island life a try!

Studies Show that “Vacation Days” are Not Being Used for Vacation 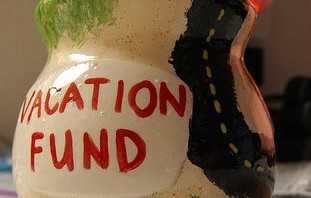 How to Save on Your Timeshare Vacation Rental

How often does Aruba have hurricanes?